Regular readers of this blog will be well aware that I love rock climbing! I’ve been lucky enough to have been climbing in some of the world’s best-known climbing destinations, including Costa Brava, the Czech Republic, and Taiwan. However, even these remarkable places would struggle to beat Kalymnos Island – the ultimate island paradise for rock climbers in Greece, Europe and across the world.

If you love the blue ocean, clear skies and great seafood, lets tell you more..

This island of Kalymnos is a dream destination for avid climbers. For decades, this small, unassuming Greek island in the Dodecanese archipelago has been attracting world-class climbers. At first glance, its sleepy villages and traditional Greek culture appear unremarkable, other than offering a tranquil holiday destination off the well-beaten tourist track. However, Kalymnos is an open secret in the climbing world, and every year, tens of thousands of eager climbers flock here to take advantage of the island’s unique limestone cliffs and rocks.

Kalymnos was first put firmly on the climbing map when expert Italian climber Andrea Di Bari first came to the island with his wife in 1996. They enjoyed a relaxing summer holiday, but Andrea couldn’t stop thinking about the range of potential climbing routes he had seen in the island’s limestone cliffs. The following year, he came back, and this time with a plan. He bolted 47 climbing routes in the most inviting rocks, and began a climbing tradition that would change the course of the island’s future.

This was just the beginning for rock climbing in Kalymnos. Andrea and his peers spread the word and soon the island earned a reputation in the climbing community. In October 2000, a group of high-profile climbers gathered on the island for the inaugural Kalymnos Climbing Festival. Eighteen years on, the festival has gone from strength to strength.

The Ultimate Climbing Destination in Europe and Beyond

One of the great attractions of Kalymnos is the sheer number of climbing routes available. This is the ideal place to practise sport climbing, as the routes are well equipped and maintained. World-class climbers have worked hard over recent years in Kalymnos to bolt hundreds of routes across the cliffs. However, they have barely scratched the surface – Kalymnos holds many climbing secrets yet to be discovered.

Today the island boasts over 2600 well-equipped sport climbing routes and caters to every level of climbing expertise. In particular, Kalymnos offers some really challenging routes for expert climbers, meaning that it often attracts well-known, experienced climbers who want to push themselves to that extra level. However, even complete beginners will find something to enjoy here. So if you’ve ever wanted to try your hand at a bit of rock climbing, Kalymnos is the place to go. Here you’ll make new climbing friends, forge connections and importantly, learn so much from fellow climbers.

A Natural Climbing Paradise with the best views

Kalymos attracts tens of thousands of climbers per year. The majority descend in the autumn months, when conditions are perfect to scale the dramatic limestone rocks. The north western part of the island, around Masouri, is particularly well known for its tall cliff walls. The Masouri area is where most of the major routes and plains are to be found, and it is the epicentre of the Kalymnos climbing community.

One of the reasons why Kalymnos is so popular is the abundance of limestone cliffs found across the island. These rocks offer incredible variety, and the limestone is of very high quality. It is this rugged natural beauty that makes Kalymnos such an enchanting place to climb.

For climbers, Kalymnos offers a little bit of everything. There are plenty of easy slabs, which are perfect for complete beginners. However, if you’re looking for something more technically challenging, you certainly won’t be disappointed. Around Masouri, you’ll find difficult wall climbs, huge overhangs, and even routes that wind a way around large stalactites.

What’s more, you’ll never be far from some friendly guidance. The island is full of climbing instructors who are more than willing to offer advice, arrange lessons, rent out equipment and answer any questions you may have.

Worlds Away: A Sanctuary For Avid Rock Climbers

The other principal attraction of Kalymnos is the unspoilt nature of its tourist industry. Where other Greek islands have become overcrowded and spoilt, Kalymnos retains a traditional character and welcomes visitors with open arms.

Kalymnos is a pleasant, sleepy island that just sings of authentic Greek culture. For centuries, it has been home to an ancient sponge-diving tradition. Locals would jump off the rocks in search of natural sponges that were used in Greek society for a variety of purposes.

Sponge diving developed on Kalymnos for a number of reasons. The steep volcanic rocks of the island meant that there was little space for cultivation of crops. In order to sustain the local economy, locals would go free-diving into the turquoise waters that surrounded the island, and bring back sea sponges to be sold in markets on the mainland. Kalymnos quickly developed a reputation for natural sponges across Greece.

Today, Kalymnos is more famous for its rock climbing than for its sponge diving traditions. However, the locals here are proud of their heritage and eager to share their history with visitors. Part of the reasons this place is so popular with climbers is the warm hospitality of the local residents.

In the evenings, after a long day of climbing, you can nurse your aching muscles in the local taverna. You’ll find delicious, rustic food, homemade ouzo, local wines and often, excellent live music.

If, by any chance, you tire of climbing, Kalymnos also has many wonderful hiking routes. It is also well-known for its scuba diving, made popular by the large number of shipwrecks that may be found below the waters off the island’s coast.

One of the biggest draw of this beautiful island is its unique charm and culture. So don’t just visit Athens and Santorini. Come here to Kalymnos Island for the cliffs, but take away a taste of authentic, traditional Greek island life.

What is your idea of a climber’s paradise? 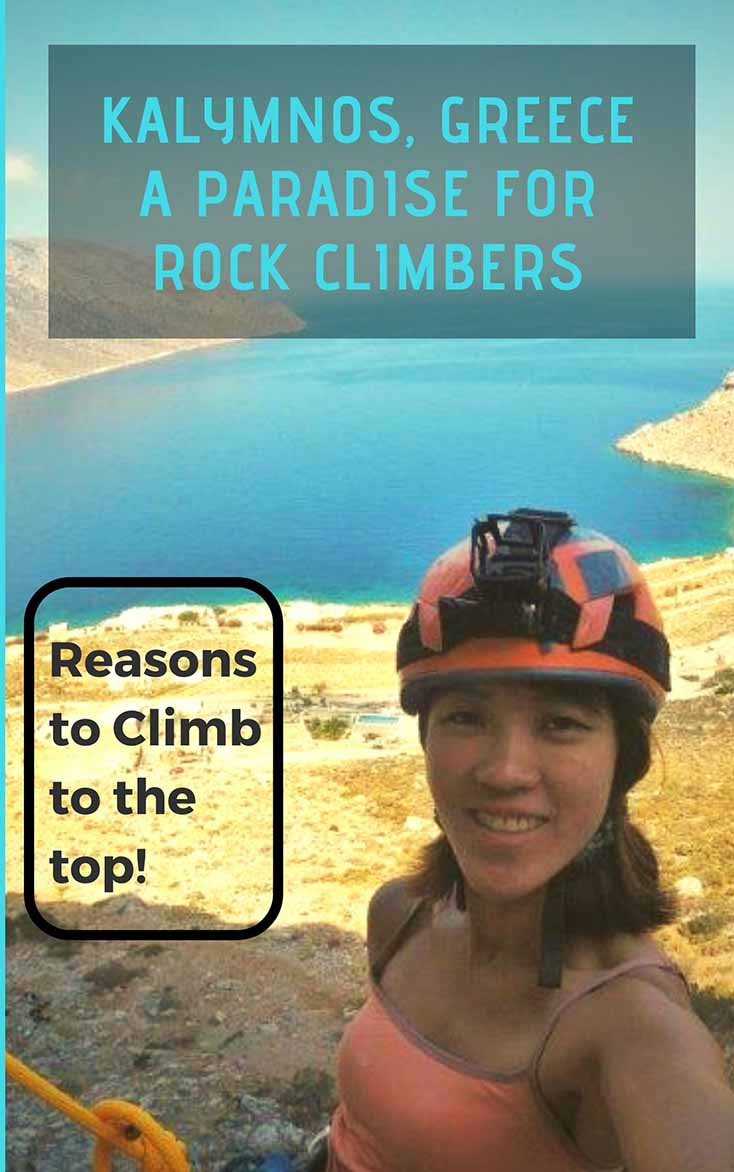 Lydia is an avid rock climber and outdoor adventure addict. She loves all kinds of adventures from road trips to skiing to water sports. She has travelled to 40 over countries to date and is waiting to conquer South America in 2021. 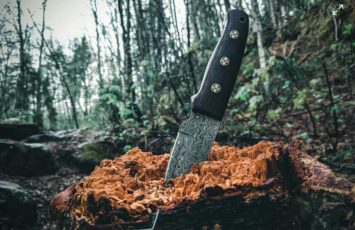 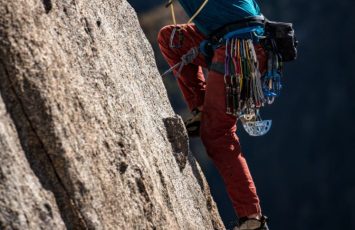 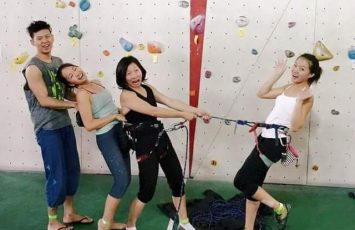