China’s Great Splendor and the Top 5 Cities to Conquer

With hundreds of world-class attractions and historic landscapes that can satisfy all kinds of travelers; there are possibly endless reasons why China should be at the top of your travel list.

It may come as no surprise, then, that over 134 million foreigners visit China every year and nearly 600,000 foreigners settle down.

China is a vast and extraordinary country that has a history of over five thousand years, which is arguably one of the richest and oldest histories of all civilizations. That said, foreigners come from around the world to experience both China’s modern and ancient cultures.

Xi’an and Beijing serve as the best places to explore China’s imperial and revolutionary past. For those who may be interested in exploring China’s natural beauty, you should head to the western and southern provinces, and consider Shanghai if you want a glimpse of modernity.

Are you seeking to travel to China during this festive season? If yes, then you are in the right place. We have selected the 5 top cities in China that you should visit. Peruse the article, enhance your knowledge, and make an informed choice regarding the best destination!

-- TOP CITIES TO VISIT IN CHINA-

Being the capital city, Beijing is by far the most popular tourist destination and city in China. It is the perfect place where you can enjoy the maximum experience of the Chinese history, culture, and modernity all in one destination. It has served as the country capital for at least seven hundred years and boasts numerous locations of historical interest as well as scenic beauty. Arguably, it is the best travel destination that offers a comprehensive understanding of what China is made of. Apart from the historical and cultural attractions, Beijing has many palace complexes as well as ultra-modern buildings to explore.

Most of the recommended attractions include the Forbidden City, the Bird’s Nest, the Great Wall as well as the Temple of Heaven. For those into history, the Forbidden City is the world’s most massive preserved ancient architectural complex. Equally, the bustling shopping streets, the grand Olympic venues, top-class museums as well as the breathtaking skyscrapers will make any traveler enjoy the modern charm of this unique and beautiful city.

2. Shanghai -- The Hub for Commerce and Wealth

Regarded as China’s largest city and the nation’s central hub for fortune and commerce, Shanghai is a typical example of a metropolitan city. In fact, Shanghai boasts an atmosphere of vitality that can even rival both Paris and New York cities, regarding modernity and economy and is often referred to as the “Paris of the East.” Most recommended attractions in Shanghai include the Shanghai World Financial Center, Disneyland Park, the Bund and perhaps the traditional captivatingly-landscaped Yu Garden. You’ll also enjoy arguably the world’s fastest train, where top-speed rail gives you an incredibly convenient, comfortable and a new way to tour other parts of China as well.

3. Guilin -- The River with a Thousand Mountains

Strategically located by the banks of River Li, this particular chinese city has gained lots of popularity among global travelers thanks to its vibrant scenery, such as crystal water, stones of unique shapes and designs, verdant mountains, numerous fantastic caves, and special rockeries.

Nowadays, Guilin is a popular photography destination. If you are seeking for a place that offers natural beauty, then probably Yangshuo and River Li should be your ultimate choice. It is widely believed that the 83-kilometer long section of the Li River, between Yangshuo and Guilin, is the best section. Here, the overall landscape is uniquely decorated with farming villages, bamboo groves, cliffs, as well as startling hills. River Li was listed as one of the world’s best watery wonders, by the America’s National Geographic Magazine and many world famous personalities have occasionally visited this place, including Bill Gates as well as the former US presidents, George W. Bush and Clinton.

Like Gui Lin, find out about rock climbing in pretty Yangshuo nearby

If you are interested in exploring China’s ancient civilization, then Xi’an should be your next destination. Xi’an is the largest city in the northwestern part of China. As one of the four main cities of ancient civilization along with Cairo, Rome, and Athens, Xi’an is the home of ancient Chinese culture. It boasts more than seven thousand years of history, including more than one thousand years as the ancient capital.

The most popular destination in Xi’an is the Terracotta Army Museum, which is also regarded as one of the most magnificent and fascinating archaeological sites globally. At least six thousand life-size terracotta warriors, as well as horses, have been excavated, all with unique poses and expressions.

After visiting the Terracotta Warriors, you can enjoy a bike ride along the Ancient City Wall to explore the entire city or sample the wide variety of snacks in the streets. Last but not least, you must not miss the Cuihua Mountain Geopark that has magnificent ice and wind caves as well as the spectacular Heavenly Lake. Not labeled as one of the most breathtaking outdoor spots in China for nothing!

Interested to visit another fascinating country with a deep chinese culture -- how about Taiwan?

5. Chengdu and its Black and White

Most known as the city of cute giant pandas, Chengdu is equally a region that genuinely deserves both your time and energy. The giant pandas are not only loved by the locals, but by many travelers as well. Even though there are giant pandas in zoos in many regions around China, the best place to interact with these unique creatures in Chengdu, the capital of Sichuan Province. Typically, there are three distinct places where you can see giant pandas close-up. These include the Bifengxia Panda Base, Dujiangyan Panda Valley and the Chengdu Panda Breeding and Research Center.

It is imperative to note that this city also boasts plentiful local products, numerous scenic spots, a pleasant climate, as well as historical locations.

With a long history and a reasonably more extensive territory, China as a nation offers nearly everything that you would want to see and explore. The above are the top five popular cities that you can visit in China. They are by far the best tourist destinations to explore the natural, modern, and the ancient landscape in China. 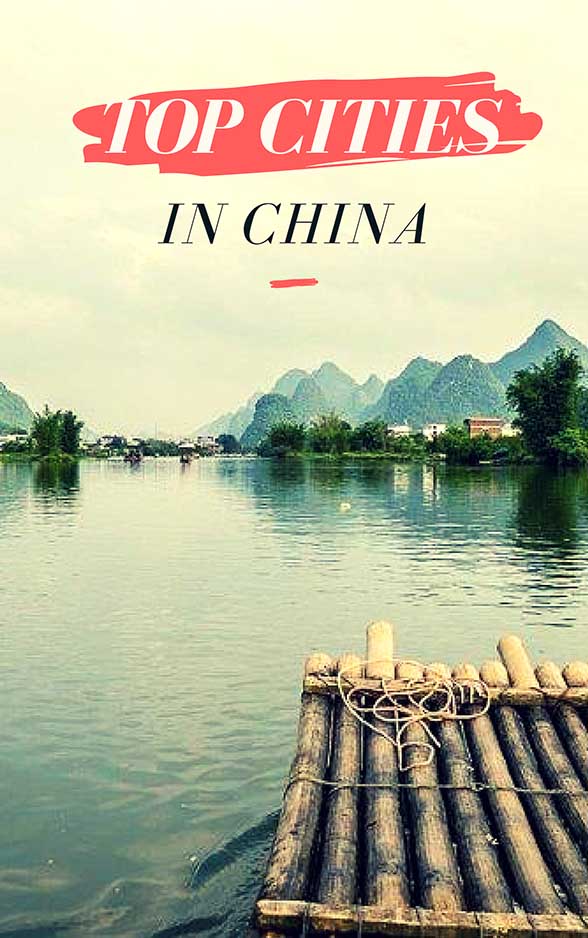 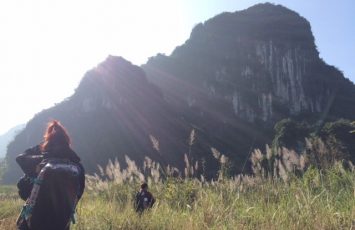 Yangshuo – The Backdrop of A Thousand Mountains