Every traveler will have experienced at least 1 crazy adventure or encounter in their lifetime, whether it is sleeping overnight on the bench at a train station or get attacked by ostrichs in Africa ( okay just kidding, that was just a thought)

But when you put a bunch of travel bloggers, from all backgrounds and travel experiences, you can find some really interesting stories here and there.

So here’s a list of the top 7 craziest things travelers experienced:

Quoting Sumti ”Doing Hang Gliding is like walking through the sky and see the beauty of mother earth” Am not sure how many people can agree to that! It looks crazy scary and certainly not a walk in the park 😉 But YES..Both Switzerland and Hang Gliding is still on my bucket list.

2. Backpack across world by land and sea ( no flights!) ( Will Hatton, The Broke Backpacker)

Will  is fan of crazy countries; anything with minimal backpacker hordes and plenty of mountains. Recently he traveled from the UK to Papua New Guinea without the use of flights, a journey which he expect will take about 3 years – from hitchhiking across Europe and Iran, trekking deep into the mountains of Pakistan and then driving a truly shitty (pardon the language), but wonderfully colourful, Tuk Tuk 2000km across India. His next adventure would be to build a raft and attempting to sail from The Philippines to Papua New Guinea via Indonesia…
( When there is a Will, there is a way. You go buoy! )

3. Entering the Gates of Hell in Turkmenistan ( Daniel and Gina, Sunrise Odyssey)

When I saw this picture of Daniel and Gina, I was like, WHAT, they visited Mordor, how’s that even a real! But hey, this is one astounding image, am surprise the camera didn’t melt!!!

4. Ditch Luggage to Hop onto a Stranger’s Bike to the Airport ( Mar Pages from Onceinalifetimejourneys

This lady has a story to tell! When Mar was working in Uganda, she once had to fly to Paris for a wedding just for the weekend. The trip involved flying via Nairobi and Amsterdam and it was a pretty long journey but it was only made worse by the show-stopping rain that usually clogged Kampala, the largest city in Uganda where she was working. Stuck without moving for almost an hour in traffic, she decided to ditch her luggage, grab her handbag, a pair of shoes, laptop and, in a cream coloured suit, jump on a boda boda, a local motorbike taxi to drive her to the airport!

One of the craziest things Elaine has ever done – climb a snow capped volcano in Chile. The hike took 7 hours uphill with the use of crampons and ice pics. The best part of the adventure was sliding down the ice on plastic disks to get back to the bottom. This sure sounds like a really adrenaline kick!

6. Skydiving on your birthday in Washington  (Robyn Hartzel)

For her 35th birthday, her friends wanted her to skydive. So 10 of them went in early March to Kapowsin Skydive, just east of Olympia, Washington. It was snowing as they were driving there, and when they got there, they almost didn’t get to jump because the clouds closed up. After waiting an hour, a patch opened, and they said that the group could only go to 13,000 feet rather than the normal 18,000. But who cares? Its their first jump and they’re not going to know the difference. They did it, and its the best birthday ever! Jumping out of the plane with 9 of her closet friends!

Last but not least would be my very own craziest adventure I have ever experience- climbing and jumping off into the sea while attempting deep water solo in Krabi. This is something till now when I think back, have never felt so close to death before. But for this photo, it was so worth it.

In conclusion, here sums up the craziest things travelers experienced. Want to share yours too? 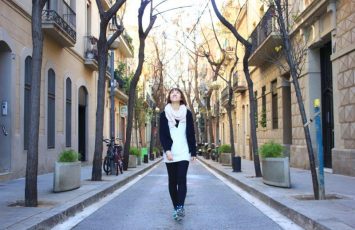 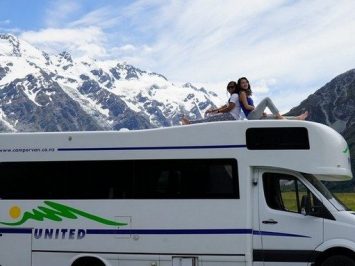