Top 10 Movie and TV Filming Locations From Around the World

Have you ever been watching your favourite movie or TV show and suddenly felt inspired to travel? Many iconic movies and TV shows are filmed on location in some of the most beautiful places in the world. The filming destinations that form the backdrop for these epic shows are often characters in their own right. They play a crucial role in bringing the imaginary world of the filmmakers to life.

Here’s my guide to 10 must-see destinations inspired by the movies and the small screen:

The historic old town of Dubrovnik is one of Croatia’s finest jewels. This city was, for centuries, the epicentre of a vast Mediterranean trading network. Its beautiful buildings and narrow streets are the perfect places to lose yourself in culture and history.

Where is Game of Thrones filmed?

Keen-eyed fans of Game of Thrones will also recognise it as the set for the city of King’s Landing. Game of Thrones has been filming in Dubrovnik Croatia for the past eight years, despite the challenges of cramming a full cast and crew into the city’s narrow streets.

Bringing the much-loved Harry Potter universe to life on the big screen was no easy feat. The magical world of Hogwart’s School of Witchcraft and Wizardry required ancient buildings and atmospheric interiors. Luckily, the historic university town of Oxford provided a number of filming locations for the movies. You might recognise the medieval Divinity School as the location for the Hogwart’s hospital. This is where Harry was sent to recuperate after a particularly bruising Quidditch game! Other filming locations include Duke Humphrey’s Library, where Harry and Hermione explore the infamous restricted section. The lavish dining hall at Christchurch was also reportedly the inspiration for the Hogwart’s Great Hall. However, it was eventually decided to recreate the site on location, due to the difficulties of filming inside Christchurch itself.

The big reveal at the end of The Force Awakens, Episode VII of the Star Wars series, featured an epic Irish location. Skellig Michael is one of a number of small islands that was home to some intrepid monks in the early medieval period. The monks picked this dramatic location to escape the material world and devote themselves to God. These craggy rocks are dangerously exposed. Yet, the monks managed to eke out a meagre living from the land, leaving behind tantalising traces of their existence. The island formed a major location in Star Wars Episode VIII: The Last Jedi, where Luke Skywalker teaches his student Rey to harness her powers. A visit to this truly epic location in Ireland is an experience you will never forget.

The lush, verdant forests and sandstone rocks of Bohemian Switzerland are a paradise for , especially those who enjoy outdoor pursuits. However, this remarkable region is also an excellent place to visit in winter, when the boughs of the trees are heavy with snow, and the forest is lulled into a peaceful quiet slumber.

This was the ideal location for the filming of The Chronicles of Narnia – The Lion, The Witch The Wardrobe, the 2005 adaptation of C.S. Lewis’ classic children’s novel. Visit in winter and you’re sure to the magical Narnian forest that miraculously appears in the back of the wardrobe. Just don’t expect to run into Tumnus or the White Witch!

Sometimes successful TV shows can reinvigorate interest in travel to particular destinations. Tens of thousands of tourists are flocking to the Scottish Highlands as a result of a new TV show, adapted from a series of novels by Diana Gabaldon. Outlander tells the story of a time-travelling Second World War nurse, who is magically transported back to the 18th century and the turmoil of the Jacobite rising. The TV show features stunning images of some of the most beautiful parts of the Scottish Highlands. It’s no wonder that tourists and TV lovers have been drawn to Scotland in ever greater numbers in recent years.

Other than als, London forms the backdrop of so many incredible movies and TV shows that it’s difficult to know where to start. Perhaps the most well-known London movie destination is Notting Hill, site of the eponymous movie starring Julia Roberts and Hugh Grant. This corner of the city also forms the backdrop for the two recent Paddington films.

However, it’s the BBC TV adaptation Sherlock that has really attracted visitors to a number of iconic London sites. On the small screen, we see Sherlock snooping around Bloomsbury, leaping from buildings near the Bank of England, and even drinking tea at Buckingham Palace! A trip to London is sure to spark memories of so many incredible locations from the show. If you are planning to stay there for a couple of days, don’t forget to book your accommodation in London way in advance, they do get very pricier nearer the date.

When Lord of the Rings director Peter Jackson was looking for the perfect place to film the wide vistas and dramatic landscapes of Middle Earth, he didn’t think twice before choosing his native New Zealand. The diversity of the climate and terrain in this tiny country is perfect to convey the richness of Tolkien’s mythical landscape. At the same time, it is recognizably English enough to fit with the character of the original stories. Now it’s difficult to imagine any other place as Hobbiton, Rivendell, or Lothlorien. These epic films perfectly showcase the mountains and forests of New Zealand, with swooping aerial shots. They will certainly make you eager to explore this delightful country.

The medieval city of Salzburg, with its imposing castle and surrounding mountains, has long attracted a broad range of visitors. However, since the 1960s, a steady stream of fans heads to Salzburg to see the filming locations for The Sound of Music.

The Sound of Music Filming Locations

This epic musical tells the story of the Von Trapp Family, who eventually fled the country after the Nazi invasion of Austria in 1938. The highlight of the film is a musical number featuring Julie Andrews and the seven children riding bikes around Salzburg and singing in the Mirabell Palace Gardens. On any day of the week, you’ll see tourists attempt to recreate this magical movie moment by singing ‘Doh a Deer’ as they skip around the city!

Dubrovnik is not the only major filming location for Game of Thrones. The vast majority of filming work for the series is completed on location in the wild moors of Northern Ireland.

Come here and you’ll recognise the wide, empty spaces of the North, the King’s Road and Iron Islands. You may also be lucky enough to catch a glimpse of the cast as they spend time filming in the Belfast studios!

Alex Garland’s bestselling novel, The Beach, tells of a secret island location in Thailand, where a community of free spirits and travellers establish a colony. When searching for the perfect location to film the movie of the same name, the filmmakers needed to look no further than the beautiful island of Koh Phi Phi Leh. This lush, green island, surrounded by clear turquoise waters, is the ultimate island destination. It’s even more beautiful in real life, although perhaps not quite as a secret!

What are your favourite movie-inspired travel destinations? 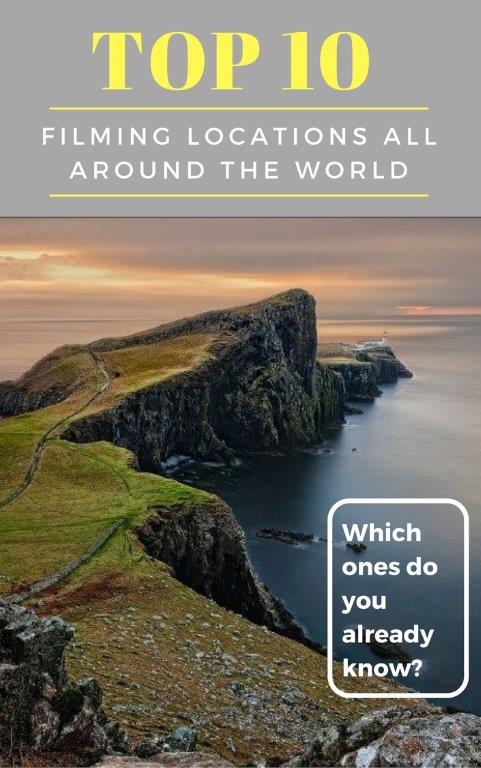 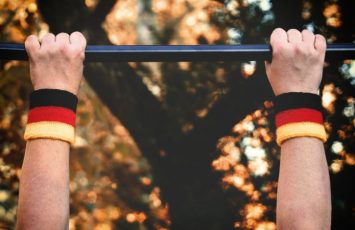 Best Gifts for Climbers and Boulderers

We use cookies to ensure that we give you the best experience on our website. If you continue to use this site we will assume that you are happy with it.OkPrivacy policy