Amasya is a beautiful little valley town with the splendid view of the rock mountain. It is a picturesque town with the  old Ottoman houses along the river and the tombs of the Pontus kings carved into the cliffs overhead, lighted up into multi colours at night. This sight is indeed a must-see in the day time and night.

Night light up at Amasya – Black Sea Region of Turkey Amasya has tones of things to sight see, and it will be good to get hold of a driver to bring you around. Some of the places require a bit more of a climb, especially the lookout point right at the top of Amasya. But it is a not-to-be-missed look out point and our whole entourage couldn’t help stealing a hundred photos up there with the grassy patches, stone castle walls and vivid blue sky. 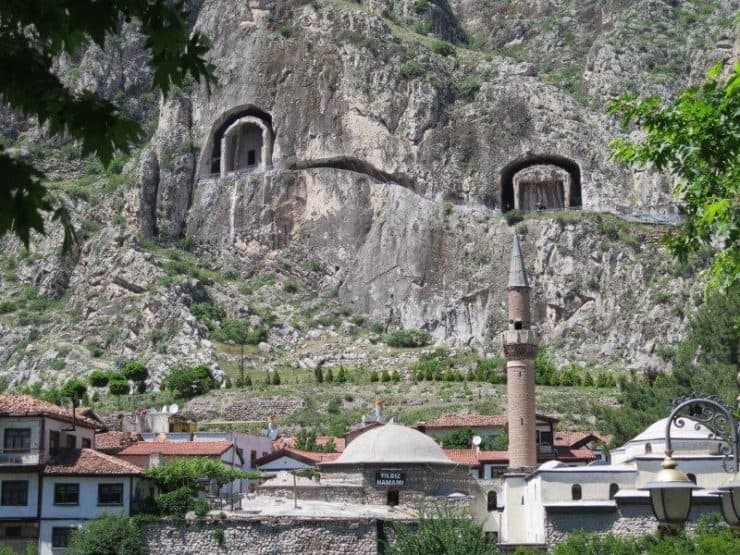 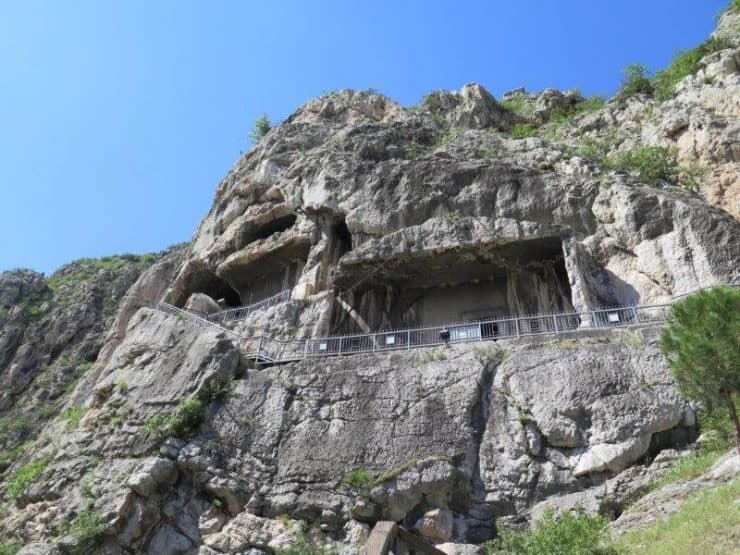 Other things not to be missed in Amasya:

The view of the old Ottoman Houses, mountain rock tombs and the bridge and river 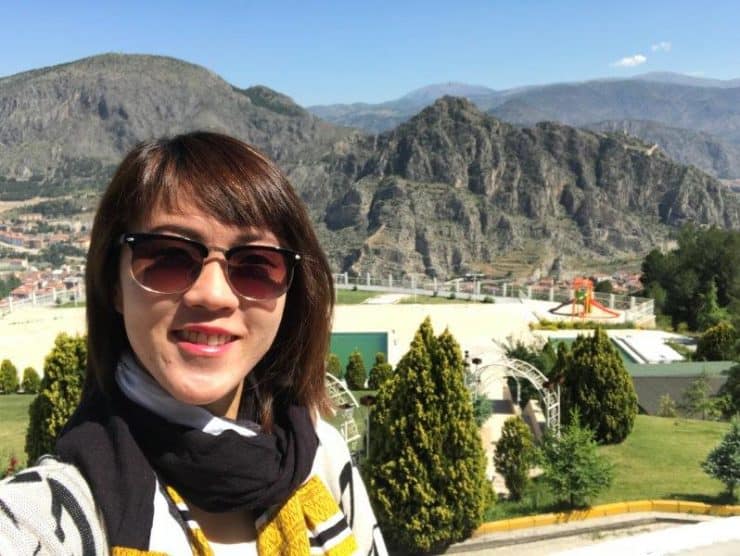 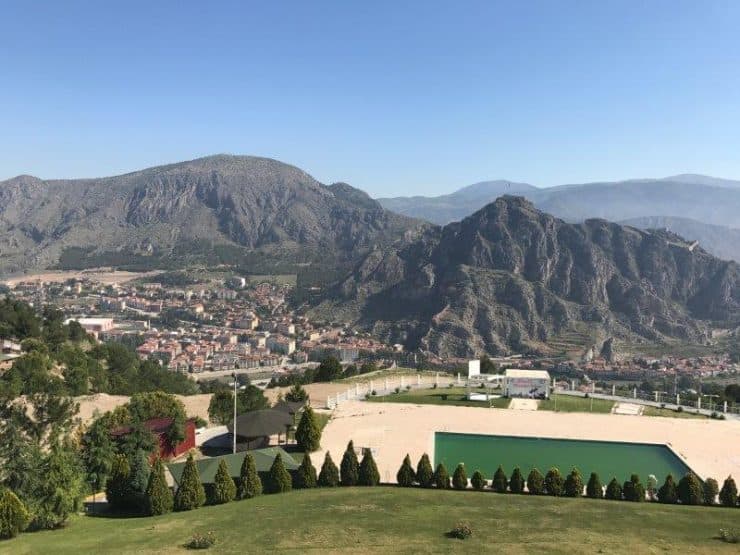 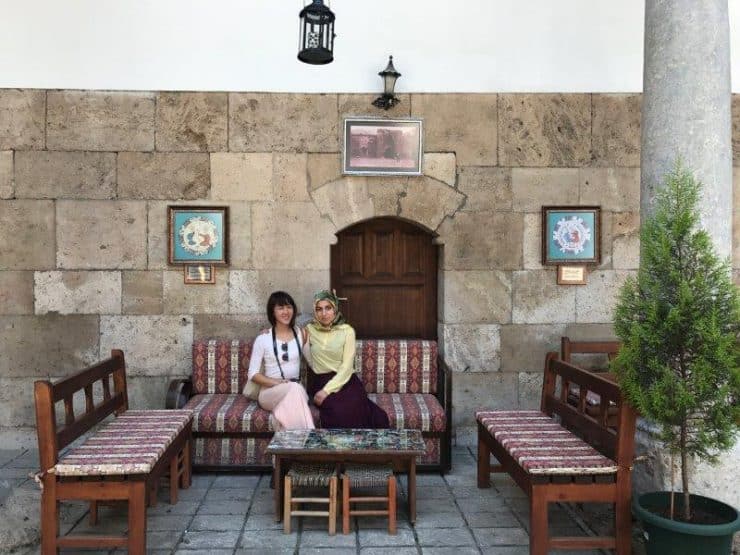 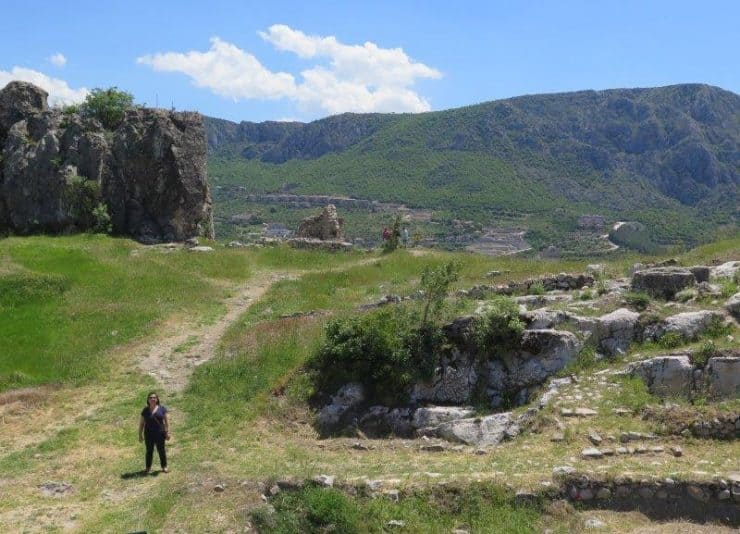 Our last but not least stop -the town of Samsun. The name ‘Samsun’ comes from its former Greek name Amisos (Αμισός). Some have claimed that Noah’s ark/ Moses’s staff were spotted here a long time ago.

Things to do here range from shopping to nice walks at parks. The are trams, buses and taxis here so it is possible to get around on your own, though slightly challenging due to the language barrier ( most of the locals don’t speak English)

Some places to visit in Samsun:

Going towards Samsun with the sunset in the distance. All in all, it has been an absolutely amazing trip to explore this less explored region of black sea. Such lush greenery, rich stories and warm Turkish hospitality just makes one sad at the thought of leaving it all behind. Till the next time I visit the black sea region of Turkey.

How to visit the Black Sea Region:

I flew with Turkish Airlines from Istanbul on a one-hour domestic flight to Hopa, though you would actually be landing at Batumi Airport ( in the Georgia Airspace). There will be a shuttle bus to bring you back into the Turkish Border into Hopa. The round-trip fare from Singapore to Hopa via Istanbul costs less than making separate bookings for the international and domestic sectors. Getting around the black sea region would be slightly challenging if you do not speak turkish, so it will be advisable to get a driver with a guide via some reputable travel agents to bring you to the respective attractions and accommodation.

TRAVEL TIPS • As Turkish Airlines has a transit/ stopover in Istanbul on its outgoing and returning flights, make it a point to explore Istanbul for a few days before and after visiting the black sea region. 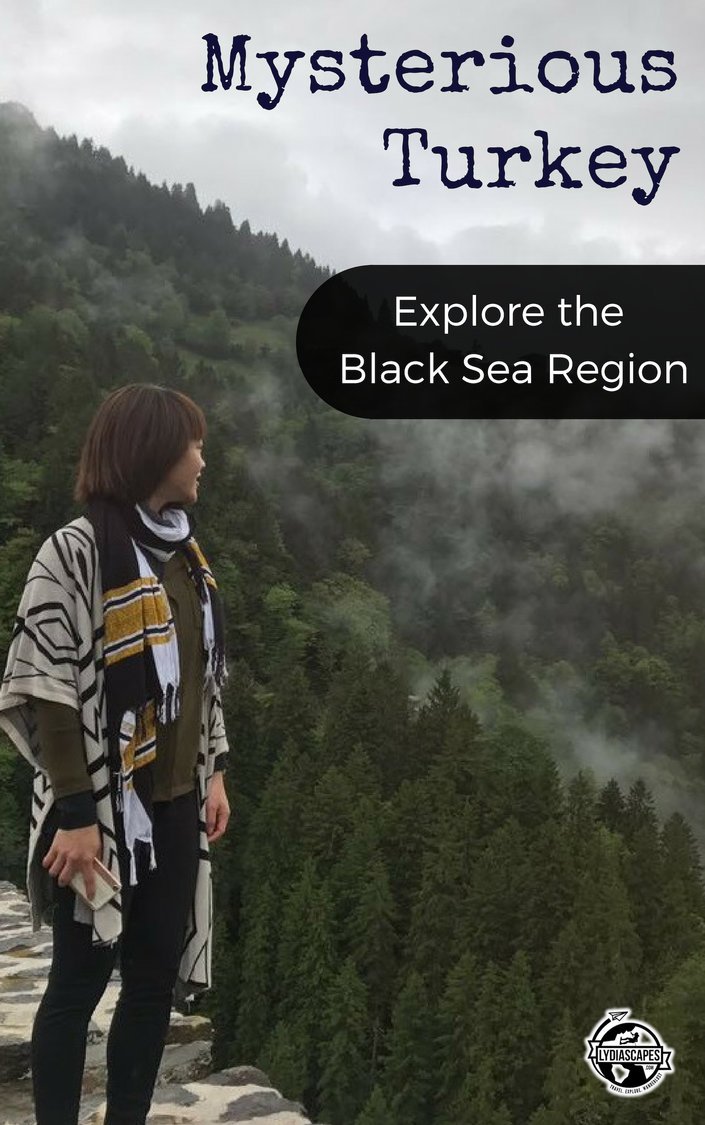