Ranking number two in the world population, India tops the list of populated and diversified rock climbs. Due to its strategic location between the Himalayas and Indian Ocean, India has an expansive range of natural climbing.

A country with tonnes of crags is calling you for a climbing challenge, are you ready to accept it?

This Southern state has the most developed climbing sites.

Considered the heart of climbing, Hampi is by far the most popular bouldering place. The site rose to popularity after the legendary movie “Progression” featured Chris Sharma climbing on the epic boulders of Hampi. The rock is brutal on fingers with tiny holds and sharp edges. Try to include additional 3-5 days of getting used to the rock while planning a trip to Hampi.

Hampi is a UNESCO World Heritage Site and a popular backpacking destination and can be reached from all the major cities. October to March are the best months to climb. New Year’s is the most happening time where backpackers, slackliners, Yoga lovers, bikers, and climbers rejoice together.

Note: In January 2020 all the hotels and lodges in Hampi were demolished for site redevelopment. So, before you visit Hampi it is recommended to verify the stay options.

After Hampi the next climbing place known internationally is Badami. What’s most amazing about Badami is that the unique rock formations are of historical importance to the locals as the elegant lines are for climbers.

There are carved temples, amongst which Badami Palace is a notable tourist spot. All of India’s hardest sports routes (Ganesha 8b+) are beautifully cut in this red sandstone. However, there are numerous beginner lead and trad routes. Since Badami is a warm place with scarce rainfall, the rainy season is best for climbing.

Unlike Northern Karnataka, the Southern part is not well-known despite noteworthy granite climbs. Most of them are around Bangalore. Slab climbing is popular, there are hundreds of well-documented lead, trad, and crack routes.

Here are some of the notable climbing locations,

It is considered a outdoor bouldering hotspot.

It has a small granite ridge with single mitch climbing.

The most popular amongst these local crags with its frequent features in regional movies. It has granite domes and established multi-pitch routes.

All these local crags are within 100 km from Bangalore. The local climbing community is highly active and welcoming to new climbers.

An exquisite location with rich boulder problems, Suru is known for bouldering. In the arid cold desert of Ladakh lies the green Suru valley that is a gem of rock climbing. Hidden between the marvelous Himalayas are high-quality granite boulders and trad lines. Suru has put India in the list of the World’s hardest problems (Bacteria 8b+).

Do you like Bouldering, Ice climbing, or Mixed climbing? You name it and you will find every type of climbing in Himachal. This Himalayan state never fails to impress a climber.

Every adventurer must have visited Manali, at least one. However, they somehow miss climbing in Manali owing to less-documented climbing routes. Boulders and lead routes lying next to the Beas river represent a unique climbing spot. Another scenic hamlet Chichoga, lying closer to Manali, has ample boulders placed on big mountain slopes. Reaching these boulders is a whole new adventure.

The next in line of successful Bouldering festivals is Sethan which is a mountainous village 25 km from Manali. A picture coming out straight from a climber’s imagination, it offers diamond-like rocks adorned at the foot of alpine trees. From slab, overhang, cracks to high boulders, Sethan is like a dark sky dotted with silver (greyish) granite boulders. Just like Hampi, Sethan has a high density of boulders that are yet to be explored.

It is an all year round busy place with hiking in monsoon and snow-boarding in winter followed by bouldering in Summer. September is the month of Sethan Bouldering festival.

Chatru lies at the start of the brown-barren Spiti valley and the end of green Kullu valley. Nestled between the varied mountains ranges, climbing in Chatru is blissful. It also lies on the other side of the renowned Rohtang pass on the banks of the Chandra river and is isolated.

The bouldering was first explored by Phil Lockey in the early 2000s. Bouldering has risen to popularity despite its remoteness.

Not that famous, Khajaguda is a hilltop bouldering area near Hyderabad. This area has good quality granite boulders with sharp holds and small crimps. The site can be reached from the Lanco hills near Hyderabad.

Idar could be a tremendous hit but is concealed from climbers due to its remote presence. It lies far towards the end of Aravalli range in Northern Gujarat, 100 km from Ahmedabad. This incredible bouldering treasure has temples built on large rocks. Apart from boulders up to 8a grade, there are opportunities for lead and trad climbing. This undiscovered crag has infinite climbing potential.

The western state of India is a flourishing rock climbing hub. Amongst many sites, Belapur is only well-established with a handful of basalt rock bolted routes. The local crag is divided into two sections: the right section has easy beginner routes while the left crag has long, hard, multi-pitch climbs.

Pune, Mumbai and Nashik regions of Maharashtra have many climbing sites, some of which are developed by the renowned alpinist Doug Scott. The rock is known to be notoriously loose hence the areas are not much popular.

The capital city is another rising rock climbing destination. A variety of bouldering, lead routes are established in the outskirts of Delhi. Amongst them, Dhauj is quite popular for small trad routes for beginner climbers. Various climbing workshops are held in Dhauj.

Bouldering can be found in Lado Sarai, Sanjay Van rocks, and Zion. All these areas are just an hour’s drive from Delhi and form a perfect one-day climbing trip.

Not known for climbing but a popular hill station of Madhya Pradesh, Pachmarhi can be a huge climbing destination. The dense forest area is famous for leopard attacks hence, climbing is less evolved. However, there are a few boulders and lead routes established. It is always recommended to visit with a local guide to be safe.

Purulia, the hilly and greener district of West Bengal is the haven of rock climbing courses and adventure activities. Beru and Bansa hills are common climbing spots amongst locals. These sites are yet to be established and have a great scope for exploration.

Despite plenty of climbing already explored, an enormous amount of climbing places are yet to be touched. With the advent of adventurism, many climbing spots are slowly getting recognized. So, next time you are in India, skip the spices and get the thrilling taste of climbing.

If you are looking for other exotic climbing spots, why not consider climbing at Tajikistan? 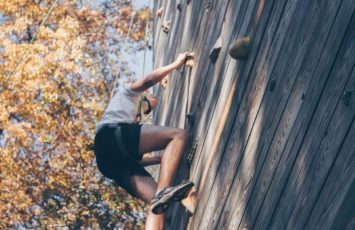 Ultimate Guide to Building Your Own Climbing Gym at Home 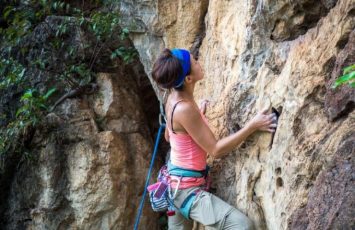 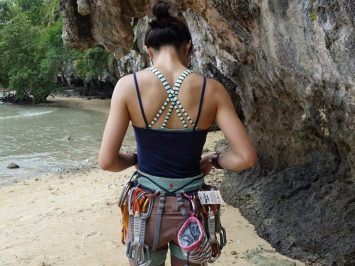