Meteora – Living Closer to the Heavens

“If you’re planning to go to Greece, you should go to Meteora – they filmed a James Bond film there once, saw it in a documentary, it looks beautiful.”

That’s what my dad told me when I mentioned I was planning a trip to Greece. Before that, I had never heard of the place before. Usually, when you think of Greece, you imagine the blue waters of the mediterranean and the houses with their blue roof tops in Santorini. A huge rocky landscape with massive monoliths and tiny monasteries perched above would not have come to mind.

Listed as a UNESCO World Heritage site, Meteora in Greece is an area with huge monolithic pillars and rock formations.

It’s not easy to describe how magical this place is, so I’ll let the pictures do most of the talking.

Above is a 360 Video I took while there, you can scroll to take a look around.

Things to note about travelling from Athens to Meteora:

There are two main ways to get to Meteora in Greece, depending on where you set out from. Assuming that you are traveling from Athens to Meteroa, you can:

There are several small guest houses in both Kalambaka and Kastraki, the two towns in Meteora. Both are very close to each other and either are ideal places to stay. Kastraki is a bit quieter.

I stayed at a place called Guesthouse Lithos in Kastraki, with a balcony with a view of the amazing Monoliths. I had a room to myself as it was just 45 euros a night. Plus I wanted a place for a good night’s rest after walking around the whole day. I booked it through Agoda.

There are a few hostels you can book through either Airbnb or through Hostelworld. Prices range from 12 euros to 24 euros depending.

Backpacking Europe – what about visiting Hallstat in Austria?

Getting around Meteora in Greece:

You have a few options to get around to visit the monasteries. All the monasteries have road access to the bottom of each one, take note however that for most of them, there are still many steps to reach the top. There’s a bus that makes a few stops in either of the towns to pick up passengers, then it makes it’s way to each of the monasteries (you can ask your accommodation for the timings), it goes by hourly intervals. If you drove from Athens to Meteora, then you can have the easy life and drive to each of the monasteries. However, if you truly want to experience the natural beauty of Meteora in Greece, you should do what I did and walk. Be prepared though, it’s up up up-hill. Walking will also give you the best photo opportunities.

The main reason, other than the amazing scenery that people come here for, is to check out the iconic Monasteries perched on top of the rocks.

All together there are 6 active monasteries open to the public:

Amazed by this surreal destination? How about visiting another surreal fairytale city – Hallstatt? 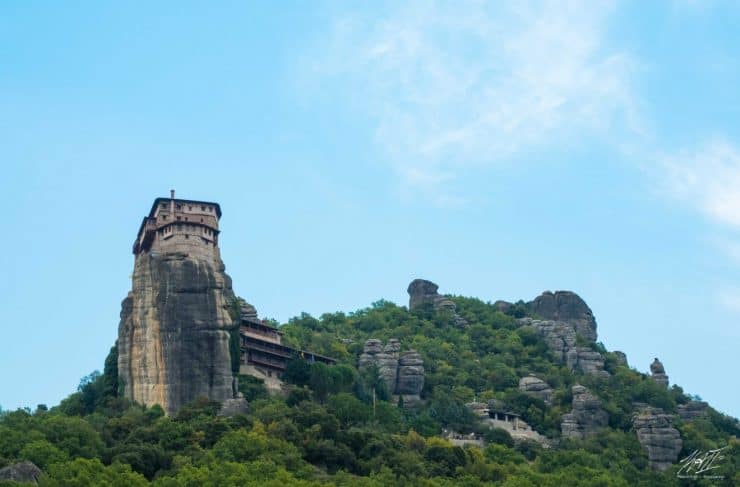 Monastery of St. Nicholas Anapausas. Currently only one monk resides there as of 2015. 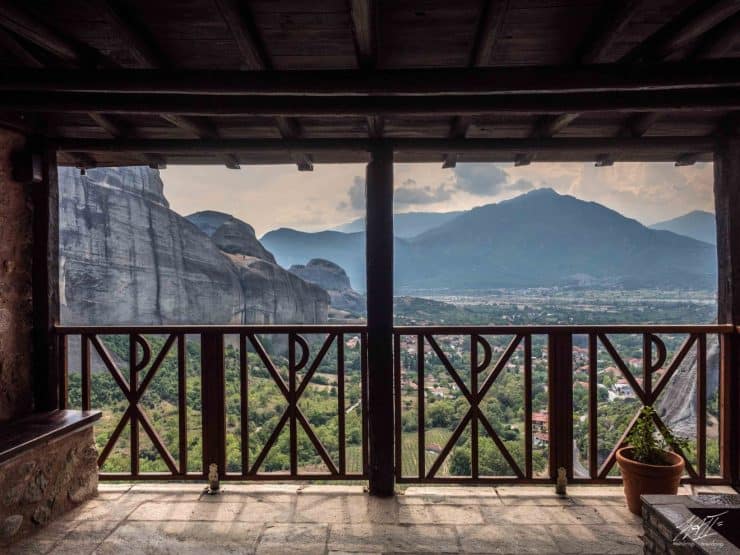 The view from St. Nicholas.

Things to note when visiting the Monasteries:

These caves are mind boggling, some monks spent the rest of their lives living up in these caves to be closer to God. 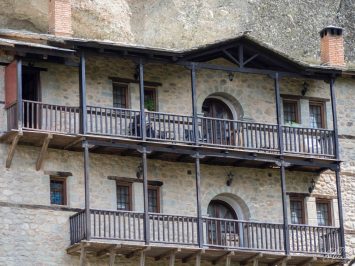 A monk reading on his balcony 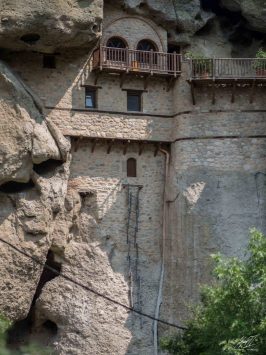 If you really dislike having visitors. 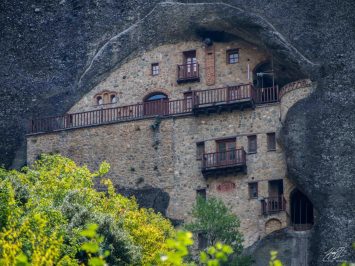 The “modern” housing built into the rock

The monks lived up on the rocks to enhance their personal relationship with God. Their days were devoted to prayer; and high above the rocks their lives were free of any earthly distractions.

Getting to the Hermit Caves 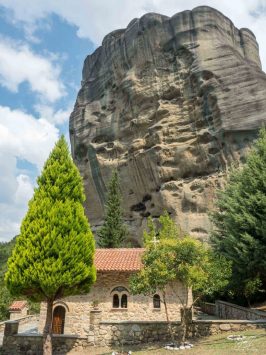 There’s this small chapel in the foreground of the hermit caves. 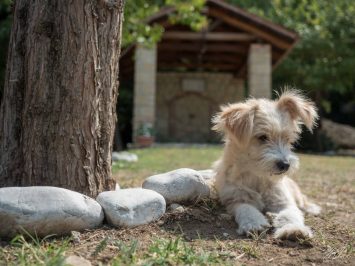 Made a friend while I was here. Please say Hi for me when you see him. 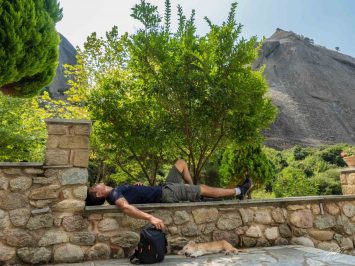 After all that walking, had to take a nap.

While exploring the area, I turned the corner past a big boulder and was greeted by this fella with his friends. You’ll find some herds of goats along the paths. Don’t worry, from my experience they don’t bite. 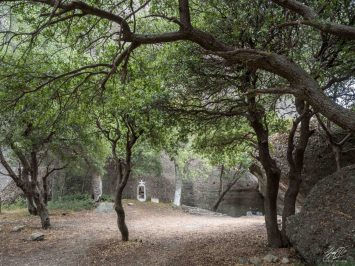 You can discover some hidden paths along some trails that lead to unique areas. This place was a hidden alcove perched above one of the monoliths. You can follow a rocky trail up the side of one of the rocks. 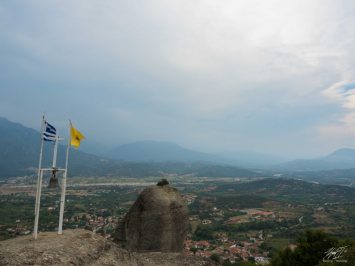 There is a bit of climbing involved to get to this hidden area, but you are rewarded with an amazing view. 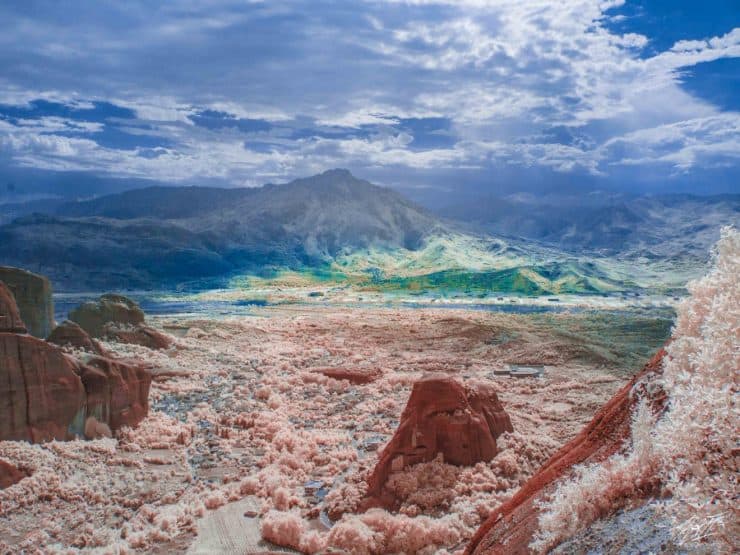 The view from Great Meteoron in Infrared. For more infrared shots you can follow my infrared instagram: @irwanderings 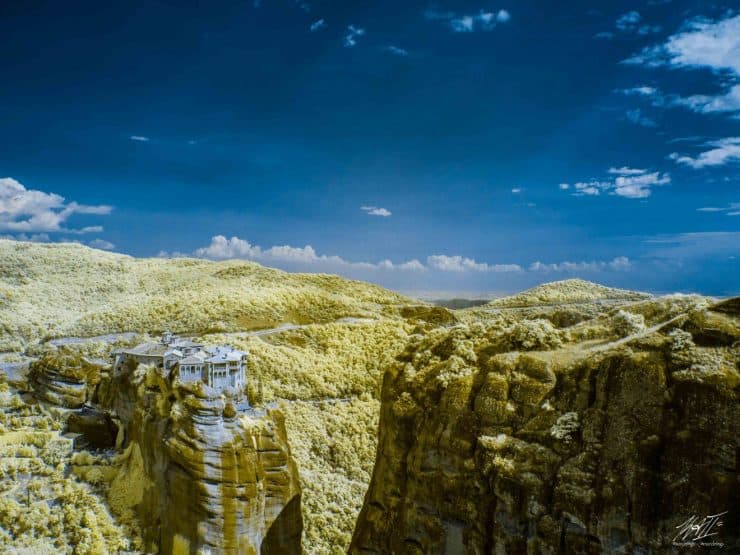 There is a day trip option from Athens to Meteroa as well. However, if you’re going to spend 5 hours on a train, you should really spend at least a night here.

On a side note, I’m an avid rock climber, and rock climbing in Meteora is available. Climbing the massive monoliths with views of the Monasteries perched above the rock is something I really wanted to experience. There are both sports and trad routes. Sadly, I visited during the hottest time of the year and when I went to check out the climbing areas I wasn’t able to find any climbers. The lady at my guesthouse said that all the climbers only visit during the cooler part of the year.

To read more articles about rock climbing in Greece, Thailand, South Africa or all of Asia 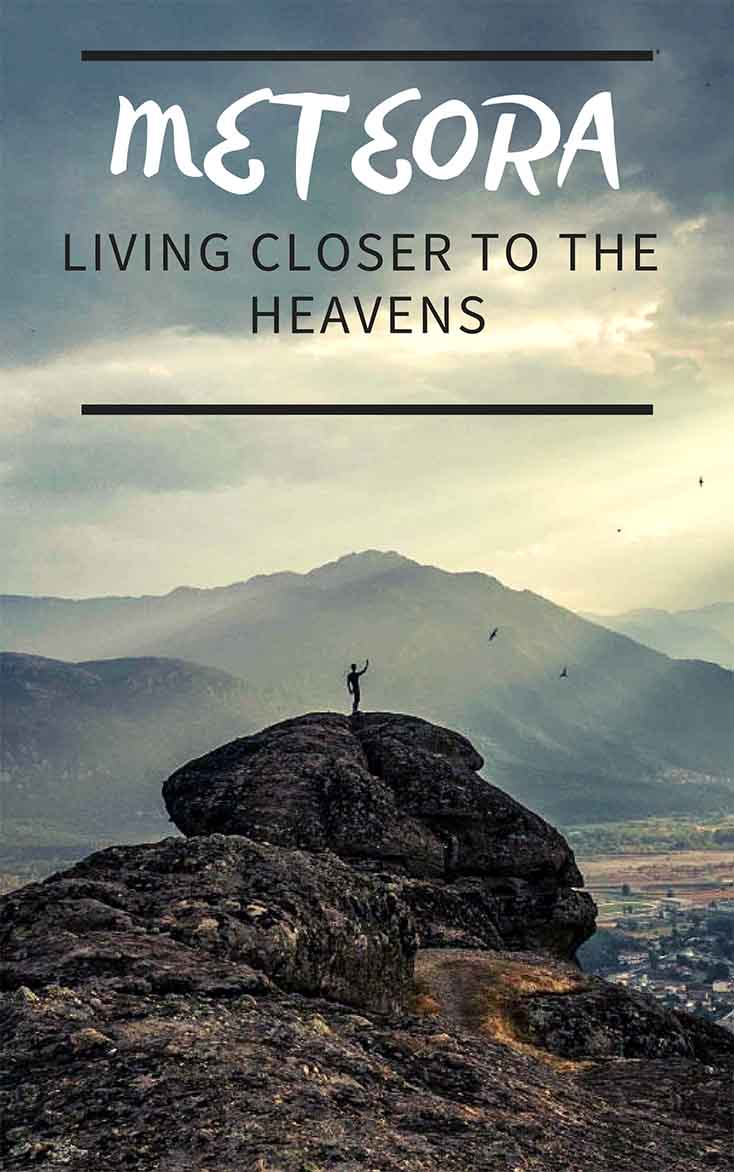 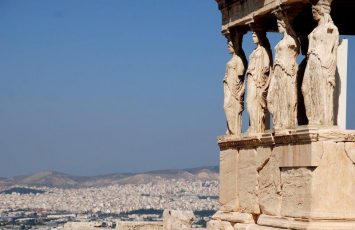 Hidden Charms of the Amazing City of Athens 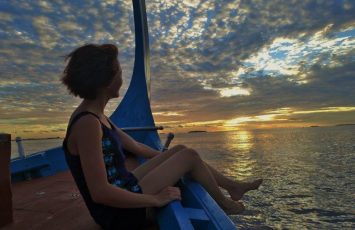 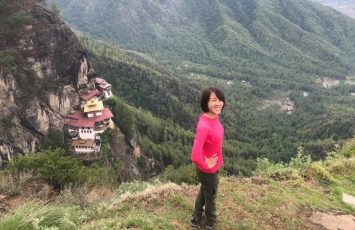 Top 21 Tips and Things to Do in Bhutan