The People Behind Inspiring Quotes – Are they really inspiring people?

I need a vacation.
Don’t we all love a dose of inspiration in our mundane lives at times?

When you hear of a friend’s recent travel experiences and the wonderful adventures they have, it can serve as great inspiration to get you out of your monotony and comfort zone to try something new – for example, explore a new country.

So here’s sharing with you some interesting travel sayings/ adventure quotes collated from some of the most fascinating people ever lived, and a little snippet/ back story about the lives of these people – what they actually are.

Here are 7 adventure quotes from wonderful writers, poets, inventors who were also avid travellers and that got me going on a quest for experiencing as much of the world as possible.

#1 Travel Saying: “Once you have tasted the taste of sky, you will forever look up!” -Leonard da Vinci

Leonardo da Vinci – Aside from being a renowned painter and inventor, Leonardo da Vinci was very much in love with flying as well, making the first steps towards inventing some of the most adrenaline intense sports equipment in this day and age – the parachute.

Before the invention of the 1st official workable parachute by Sebastien Lenormand in 1783, Leonardo actually crafted the idea hundreds of years before and was one of the first one to attempt designing a parachute with linen and wooden beams in a triangular shape. However, it had never been fully tested by him until many years later when a daredevil Adrian Nichols actually constructed a prototype and gave it a test.

#2 Travel Saying: “The gladdest moment in human life, me thinks, is a departure into unknown lands.” -Sir Richard Burton

Victorian explorer, author, translator, diplomat, poet, soldier, cartographer, and even spy, Sir Richard Burton had a great love for the outdoors and an insatiable curiosity about the way of the world.

#3 Travel Saying: “Travelling – it leaves you speechless, then turns you into a storyteller.” -Ibn Battuta

Most have set on a journey to go around the world, yet few have managed to accomplish Ibn Battuta’s ( a Moroccan Muslim scholar and traveller) personal record.

It started, like for most of us, with a thirst for discovering new places, embracing new cultures and meeting new people and it led him to a journey of nearly 30 years and 75,000 miles that took him to places all over the Islamic world.

This quote right here, is one of my most loved travel quotes at all times that has led me to where I am today, a full-time digital nomad.

#4 Adventure Quote: “The sea, once it casts its spell, holds one in its net of wonder forever.” – Jacques Yves Cousteau

As Jaques Cousteau once said, the moment you get a taste of what the excitement and wonder the water has to offer, you will be forever be drawn to it.

From snorkelling to scuba diving, surfing, kitesurfing and so on, we can thank Jaques Cousteau for being a great undersea explorer of our modern times. He made it quite easy for us to explore the underwater world, as he is the inventor of the aqualung and other diving devices.

#5 Adventure Quote: “For my part, I travel not to go anywhere but to go. I travel for travel’s sake. The great affair is to move.” –Robert Louis Stevenson

The great author of ‘Dr Jekyll and Mr Hyde’ had many quirks and much to our luck, most of them translated into very valuable novels that we get to enjoy to this day. For example, his most trusted travel companion was a donkey called Modestine, that he took with him on his hiking trips through France. This interesting trip through the Cevennes mountains had resulted in 2 important accomplishments: a novel called “Travels with a Donkey in the Cevennes” and the invention of the sleeping bag in the 1920’s, so the changing weather would have a minimal effect on him.

So next time you get cosy in your sleeping bag on an outdoor adventure, remember that Robert Louis Stevenson’s love for travelling had led him to invent the sleeping sack – compact enough to be carried by his donkey, waterproof and insulated with fur.

#6 Adventure Quote: “You don’t have to be rich to travel well.” – Eugene Fodor

Travel for leisure, holidays and city breaks, travel for work or for family affairs. No matter the reason, any excuse is the best excuse to go and see a new place.

Take the example of the Hungarian-born travel writer Eugene Fodor, whose life took a different turn once the war broke, and in 1942 was forced to become a spy due to his great understanding of the world and of his language studies at Sorbonne. He continued writing guides as a cover for his travels but he took it to himself to make a difference with his book, in order to change the standard travel guides and to turn them into personal travel advisors. So he made them a bit more personal, sharing his experiences and giving all sorts of recommendations: from places to eat to hotels and steering clear of the obvious tourist places. In 1954 he even released a guide called “The spy who loved travel”, relating his whole experience as a spy.

#7 Vacation Sayings: “To travel, to experience and learn: that is to live.” — Tenzing Norgay

No matter what you set your mind to do, it is important to take the first step.

Tenzing Norgay, the well-known Nepalese mountaineer, set off to a climb of 28,215 feet in 1952 on Mountain Everest, the tallest mountain in the world. In that period, the Himalayans mountains were an enigma for all explorers; there were no travel publications to give a sense of what the journey meant and none of the other explorers knew if the expedition was even possible. He was the first to conquer it, setting a record, while giving mountain climbers the confidence to set off into the adventure of their life.

So you see, all people are surprising and sometimes they even manage to surprise themselves. To discover if you have certain extraordinary capabilities or the skills you never knew you had, you have to give yourself a chance to try out. Set yourself up for the challenge!

So summing up the best vacation sayings and quotes to get you to make your next trip next. Stop saying ‘I need a vacation’. Time to block the time, take one and go get that nature, creative and outdoor fix that you need.

What is that one adventure you are yet to find the courage to try? 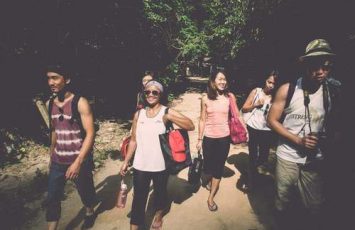 The Girl with a Wanderlust 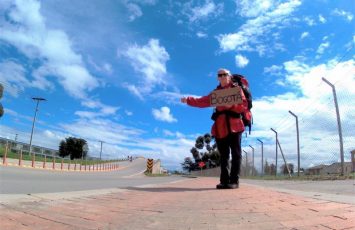