I have previously covered an article about the best climbing destinations in Asia, so now its time to head on over to Europe! An incredible continent away from the humidity weather of South East Asia ( Krabi), South Asia (India) and East Asia (Taiwan), here are 15 can’t-miss rock climbing areas in Europe this summer for sport climbers from beginner to advance.

A tufa wonderland located in the northern province of Aragón, Rodellar is your dream destination for summer sport climbing in Europe. Though known for its long, overhung resistance routes, the area offers a wide variety of climbing styles-technical vertical face climbing, short explosive routes, and everything in between.

Considered by many to be southern Spain’s premier rock climbing destination, you will find the limestone paradise of El Chorro about an hour outside of the city of Málaga, just a short trip away from the beach. Due to the region’s hot climate, the best time to go is in the winter months, as climbing in El Chorro in the summer is a definite no-go. On a rest day, check out the Caminito del Rey, one of the world’s most terrifying hikes. It might even be more of an adventure than the climbing!

Located in the northeastern region of Catalunya, Margalef is a sprawling canyon located aside a quaint spanish pueblo. The style is typically slightly overhanging face climbing with pockets galore. Be sure to train those tendons before heading to Margalef!

Also located in Catalunya, Siurana is another breathtaking Spanish crag with seemingly endless routes to choose from. Though most famous for its crazy hard ascents like La Rambla (9a+/5.15a), Siurana offers extremely high quality climbing at all grades, most of it being technical, crimpy vertical or slightly overhung face climbing.

Though most famous for its deep water soloing, Mallorca is also rife with sport climbing crags. The island is cluttered with crags, giving you the sensation that you’re never more than a 10 minute drive from a climbing area. Tufas and seaside crags abound, making this destination a climber’s island paradise.

Experiencing Bad Weather? Well, keep up your training/ momentum by bringing along a portable hangboard on your climbing trips!

Though perhaps not internationally known for its rock climbing, the French island of Corsica has an impressive amount of quality granite and limestone climbing. The island is claimed to have more unclimbed rock than anywhere else in Europe, so there is plenty of potential for more discovery and development in the future. Get ahead of the trend and visit Corsica before the climbing becomes mainstream!

The Verdon Gorge, located between Nice and Marseilles in dreamy southern France, offers over 1,000 limestone routes, many of which are bolted. Aside from single-pitch sport climbing, you can find both bolted and unprotected multi-pitch routes. It is recommended to go in Autumn, as the temperature is still idea and the climate is dry.

Perhaps the most famous climbing area in France, and one of the most well-known crags in Europe, Céüse has certainly earned its reputation. Though the approach hike is pretty brutal, it will all be worth it once you reach the base of the crag and see the perfect pocked limestone walls. Though the area offers some of the hardest ascents in the world, such as Biographie (9a+), there are over 300 routes between F5+/5.9 and F6c/5.11a, so beginners and intermediates alike will have plenty of quality options.

Interested in rock climbing in the Balkans? Explore Montenegro or Bosnia or Macedonia?

Frankenjura is the most popular sport climbing area in Germany, and for good reason. It refers to a large area with about 1,000 crags spread out in a beautiful forest terrain. Spring and autumn are ideal times to head to the area, but its also possible to climb in summer, as many of the climbing areas are in the forest. Due to its large size, it is extremely helpful to have a car if you plan on going to Frankenjura.

Germany has an incredible rock climbing scene in so many other crag climbing spots like Sachsische Schweiz and Allgau. If you are based in the cities and would like a change from a German climbing gym to the great outdoors, you know where to check out!

Switzerland is more than just the sparking Rolex watches in Geneva. There are also rock climbing spots here!

Located in the picturesque Swiss alps, this sport climbing location give’s Switzerland most well-known climbing area, Magic Wood (bouldering), a run for its money. The crag has two main sectors: Sector A offering harder grades and Sector B with a larger variety of climbing grades and styles. Though the area is somewhat isolated (it can only be accessed by cable car or about an hour walk), it is well worth the trek. Plus, the area offers endless rest-day activities, including bungee jumping, sky-diving, and paragliding.

The country that attracts millions to see the Acropolis in Athens. What else beholds this stunning country with its thousand islands?

Possibly the best sport climbing destination in the world, Kalymnos is a small Greek island with an unbelievable concentration of perfect limestone. The pristine greek island popular with climbers can be reached from Athens by a 1-hour flight or via ferry, which takes a little over 8 hours. With routes of all grades available, many crags are a short walk away from the small village of Masouri, where most climbers choose to stay. Just be warned that if you go, you may never want to leave!

Another world-class climbing destination in Greece, Leonidio is much easier to access than Kalymnos, as it is located about a 3-hour drive from Athens. The area has seen a lot of new development in recent years, and it is an ideal winter climbing crag. However, due to the fact that many routes are relatively new, it’s important to wear a helmet and check for loose rock.

Italy is one of those countries that I have heard so much about but haven’t got the chance to explore in great detail. We all know about Rome, Milan, Tuscany and more, but where are the climbing spots located?

One of the most popular climbing destinations in Europe, Arco (or more generally the Sarca Valley area) seems too good to be true. You will find quality limestone routes on vertical or slightly overhanging walls, along with routes suitable for every grade. From beginners to experts, Arco is sure to please climbers of all levels!

If you have a bit more time in Italy, another very popular and well-known rock climbing spot will be none other than the Dolomites over in the region of Cortina d’Ampezzo. The nearest town to this UNESCO World Heritage site is the town of Belluno. However, every Dolomite valley has magnificent towns which offer guests a wide range of services.

But there is no point in denying that Cortina d’Ampezzo is universally acknowledged to be one of the most beautiful mountain resorts in the world. Known as “the pearl of the Dolomites”, Cortina’s is a privileged position in an extremely open and sunny valley and is surrounded by a ring of magnificent mountains.

It is in these mountains that we find the largest number of via ferratas in the Dolomites all reachable quickly and easily. Naturally, there are plenty of mountain climbing routes too and many of them have justly gone down in mountaineering history. Of course there are also countless paths that allow you to fully enjoy the beauty of the place.

I absolutely love Ireland. In my 2 weeks there, I managed to do quite a bit from ancient castle hopping to Game of Throne tours to see the Cliffs of Moher. But if you can catch the window of good weather in Dublin, you need to do some serious rock climbing here!

Located only about a 2-hour drive from Dublin you will find Ballykeefe Quarry, one of Ireland’s only semi-sport climbing crags, as many of the climbing areas are traditional climbing. A south facing crag, Ballykeefe is usually warmer and dryer than its surrounding environment, so it can be enjoyed in autumn and spring. Practically of its almost 100 routes are beginner grades, but it is recommended to also place your own protection/not to fall on the bolts that are on the routes, as they have been placed as emergency protection only.

London is known for its plays / musicals and nearby weekend drive destinations like Wales. But beyong the London Eye and Big Ben, where can you go to do some climbing?

Located about 200 kilometers outside of London you will find a great sport climbing area in England that has been seeing a lot of recent developments. One area of the crag in particular, Ban-y-Gor, boasts the highest concentration of limestone sport routes, but it is also worth checking out the Wyndcliffe Quarry, the Woodcraft Quarry, and Wintour’s Leap.

However, be mindful that the weather here in the UK can be quite unpredictable, so come prepared with waterproof jackets and water resistant climbing pants. Extra Gortex sheets to keep your gear dry also helps!

Where is rock climbing most popular in Europe

In terms of popularity, Siurana would have to be one of the most popular spots in Europe for summer rock climbing. Given Spain being very accessible for road trips and drives, you can definitely expect to see plenty of Europeans whisking over here for summer europe climbing trips.

Which spot is best beginner climbing friendly in Europe?

In all of Europe, if we talk about which spot has the best beginner climbing routes in Europe, it has got to be Kalymnos island in Greece. Kalymnos contains both a mix on very beginner-friendly limestone routes at 5a to the highest 9a grades in the world. If you have a group of friends of varied climbing levels, this is the best place to bring them for sport climbing holidays.

Are you ready to plan your European climbing trip? Where do you want to go?

Want to know more?
Perhaps you can check out the compilations of specific countries in Europe or other continents:) 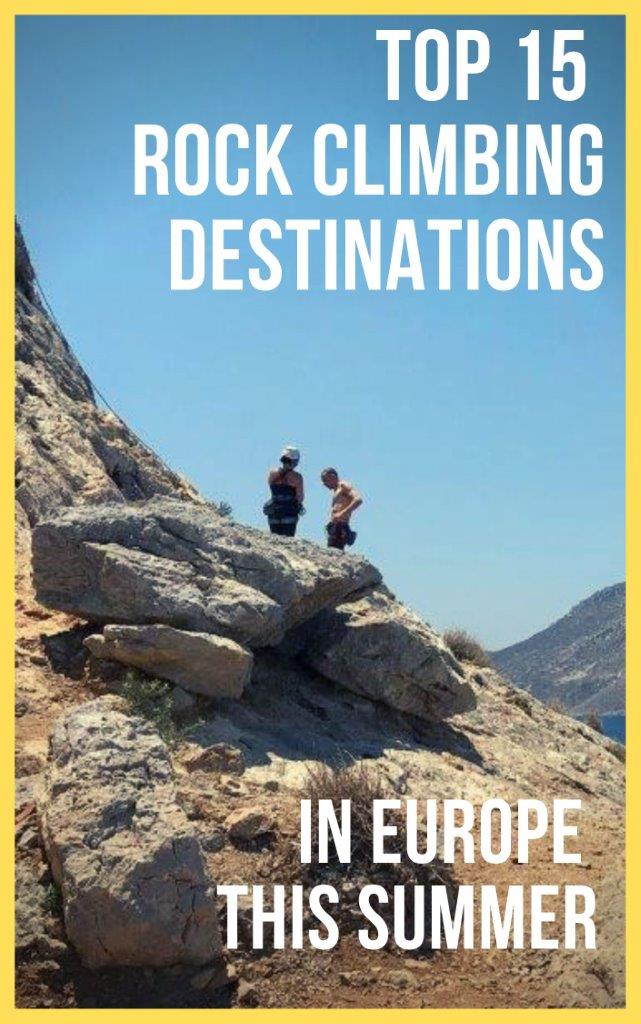 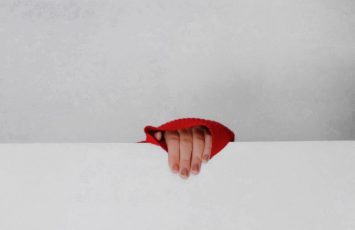 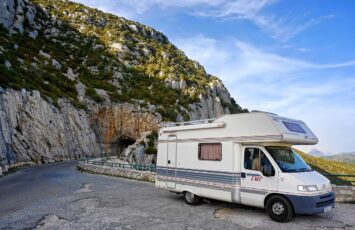 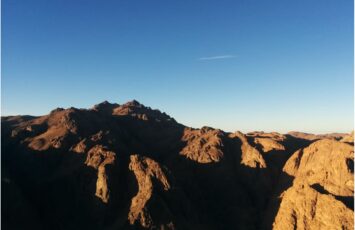